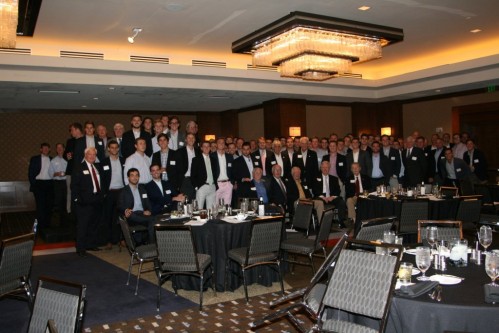 On November 3, 2016, the Delta Tau chapter celebrated its 68th Pig Dinner, at the Highland Hotel. The invocation was given by Brother Brendon Marks, followed by the leading of the Doxology by Brother Charlie Martin.  Chapter President Chris Bounds delivered the “state of the chapter”. Brother Bob Hughes gave the Exiles Toast, and Brother Phil Williams was the guest speaker.

Brother Williams recounted the events of Nov. 22, 1963, when he was an intern at Parkland Hospital after the assassination of John F. Kennedy.

This event was attended by 171 Brothers, and a great time was had by all.